you’ve recently heard me waxing pretty things about one lindsey leavitt, specifically about how i want my writing to be like hers. how do i know this? 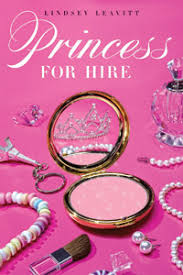 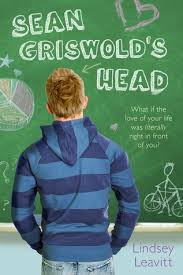 the latter of which was released just this month and is the subject of this GUSHY post (you’ve been warned).

the first time i remember hearing about lindsey was when she posted this video about stephanie perkins’ ANNA AND THE FRENCH KISS:

her sense of humor was right up my alley, so i figured i’d take a look at her books. at the time, only PRINCESS FOR HIRE was out, so that’s what i picked up. that book is a lot like LEGALLY BLONDE in the sense that you’re expecting a light chick flick, but are pleasantly surprised to discover it’s got a lot of heart, charm, and intelligence waiting for you. this book could get into harvard law school. it’s a middle grade series, which i’d recommend for any girl aged 9-13. yeah, ok, i certainly don’t fall into that age bracket, so heck, i’d recommend it for any girl, any age.

needless to say, i was won over and anxiously awaited her next offering, SEAN GRISWOLD’S HEAD, a YA title. it got a lot of early buzz, so i was even more impatient for it to be released.

the gist (from amazon): “According to her guidance counselor, fifteen-year-old Payton Gritas needs a focus object-an item to concentrate her emotions on. It’s supposed to be something inanimate, but Payton decides to use the thing she stares at during class: Sean Griswold’s head. They’ve been linked since third grade (Griswold-Gritas-it’s an alphabetical order thing), but she’s never really known him.

The focus object is intended to help Payton deal with her father’s newly diagnosed multiple sclerosis. And it’s working. With the help of her boy-crazy best friend Jac, Payton starts stalking-er, focusing on-Sean Griswold . . . all of him! He’s cute, he shares her Seinfeld obsession (nobody else gets it!) and he may have a secret or two of his own.

you know how i am with expectations…so i was a wee bit nervous to be so excited about a book’s release. but i’m here to tell you the wait was worth it, folks. this book is practically perfect. i don’t even know what to say about it except i laughed A LOT, i cried (a little, just at the end), i swooned, i dog-eared pages because i wanted to remember particular passages, i cheered, i winced, i sighed, i loved. the characters jumped (or should i say, rode) off the page and straight into my heart, flaws and all.

i may be 30 and payton may be half that, but i can admit i really related to her. the way she communicates (or not), her fears, her dreams, her actions in real life. she’s flawed and stubborn and confused and all around fantastic. it takes a lot of talent to make a character that well rounded. and sean?! sean! oh sean. he’s ADORABLE. and he’s a good guy! not a mean-baddy-mc-I’m-so-hot-and-unattainable-and-I-brood-a-lot-so-you-must-fall-in-love-with-me-immediately-though-i-shall-play-hard-to-get guy. payton never fears for her life, well, not in the way she would if he was a vampire or werewolf or zombie. to have the boy be steady and caring and awesome and a real boy in real life (you know what i mean, contemporary), what a refreshing change of pace that was.

the other thing i loved about this book was every single scene and action and decision and moment was true to the story. i never felt or even thought about the author. it was like i was sitting in the classroom with these kids listening to them talk to me directly. the voices and personalities were spot on. it’s an incredibly difficult thing to do — to write a story so clearly defined by your characters that the author herself becomes invisible. i’m beginning to think lindsey could have gotten into harvard law if she’d wanted to…

and you know another thing that got me? lindsey’s admitted her husband was a bit like sean in that he’s the guy that was always there, in class, in school, but she was distracted by other, shinier boys so she overlooked him. until she didn’t. but that’s a story for another time and place (so she says…it’s also one i don’t know considering i’m just a fangirl and not in her inner circle. minor details, people.) i love knowing this small detail about the leavitts because, let’s face it, i have a feeling i’m a bit like sean in that sense. i’m the girl who’s overlooked, who’s just the friend, until the day i’m not*.

ok, i’ve rambled on long enough — you see the effect her writing has on me? she gets ME to RAMBLE. that doesn’t happen often. let’s hope i’m not MUMBLING while i’m doing so.  read the book, kids. you won’t regret it.

*let’s not hold our breath, people.