in a black and white world, there are two kinds of writers: pantsers and plotters. a plotter is one who prepares plots and characters and scenes and outlines before sitting down to write a new manuscript. a pantser is one who writes by the seat of her pants, diving into the story with nary a thought to who, what, when, where, or why.

in a gray world, most writers fall somewhere in between doing a little bit of plotting before beginning and then jumping in with both feet (err, both hands on the keyboard) to see where the characters lead them. some will write a little, stop, assess, outline and write some more.

there is no right way to write, but rather a personal preference. i used to be a plotter, but after spending many years on the same manuscript, i realized i need some distance. in order to get said room, i’ve started working on something new and with that something new, i decided to write in a new way — pantser’s style.

i’m finding it quite difficult, actually. i’m getting so bogged down with the enormity of the lack of direction i have laid out for this story that i’m going way too in depth with scenes because it’s easier to move laterally instead of forward. i find it’s simpler to layer unnecessary detail after irrelevant detail than take a step in the wrong direction. 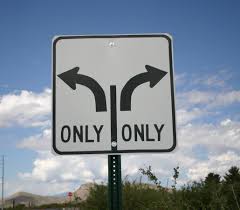 but is there really such a thing as the wrong direction?

writers, what do you do in this situation? is there a right way? a wrong way? perhaps should i stop trying to increase the word count and make a quick outline? or should i push forward and let my pants lead me? even if my pants have me doing a thriller style dance while a country twang song is on?

non-writers, what do you think you would do in this situation? perhaps your total objectivity will be of a benefit for me. or perhaps there is a mathematical formula that can solve this problem. what if i ran the quadratic formula of “the end” and then took the square root of that? will that place me somewhere in the middle of my story?

10 thoughts on “pantser or plotter”